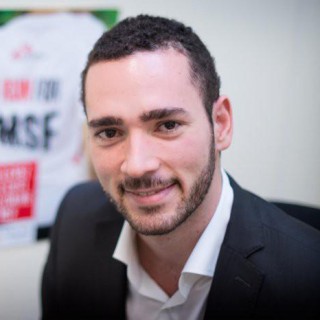 Gigabyte BRIX as an HTPC

Hello folks, this post is about the Gigabyte BRIX (model GB-XM12-3227 rev 1.0) barebone computer. I bought this mini PC in order to transform it into an HTPC computer. I’ve managed to install Ubuntu with XBMC on it, so I will detail here the steps in case it may help some people out there.

Once I was with my BRIX on hands, I tried to install different Ubuntu based OSes.

To make a bootable usb key, I suggest you to use the Unetbootin app (macOS, Linux and Windows compatible).
To do so, follow the official tutorial at : http://doc.ubuntu-fr.org/unetbootin

I’ve tested the ISO xbmcbuntu-12.2.Intel-NVIDIA and the install didn’t worked for me. The command line installation stoped at some point and my TV displayed : No Video Input.

Tested with the official 64 bits version (xforcevesa and nomodeset grub options added), and the install went as expected.

The RTL8188CE WIFI card got installed natively without any problems with Ubuntu 13.0.4

Disk seems to be responding well, here are the quick benchmarks I’ve made :

External disk seems to be working as well as the mSata. No problems until now.

Regarding the WOL functionality, here’s the answer I got from Gigabyte.

Following Phil Wiffen’s great advise (check his article), I disabled the ERP support in the BIOS and the WOL functionality worked as it should.

I can now Wake-UP from the suspend, hibernate and poweroff states.

I’ve installed the latest BIOS provided by Gigabyte (F5) without problems.
Please note that since I’ve the version F5 installed my Samsung TV has some trouble when it comes to display the BIOS settings screen. If I needed to guess, I would say it’s related to the resolution which the BIOS uses (1024×768).

I cannot be responsible for any damage you could do to your BRIX device. My advice is :

Don’t update the BIOS unless you know what you’re doing. Avoid doing it if not needed.

Since Gigabyte doesn’t provide linux compatible tools for flashing you will need a DOS environnment to perform the flash.
The simplest choice you have is to use FreeDOS.

« List of some useful Eclipse plugins No central speaker audio on XBMC 13.0-ALPHA11 and Ubuntu Saucy »